It is normal to be nervous when trying diving for the first time, or even when trying again after a long period out of the water. We know, and we are here to help. 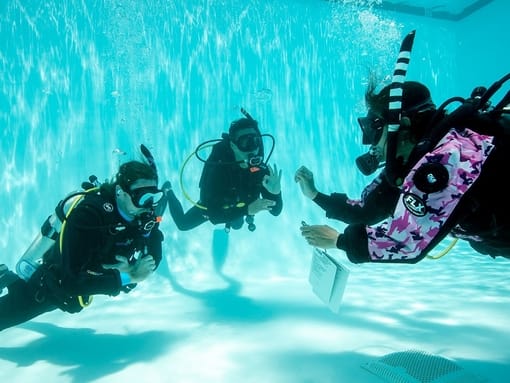 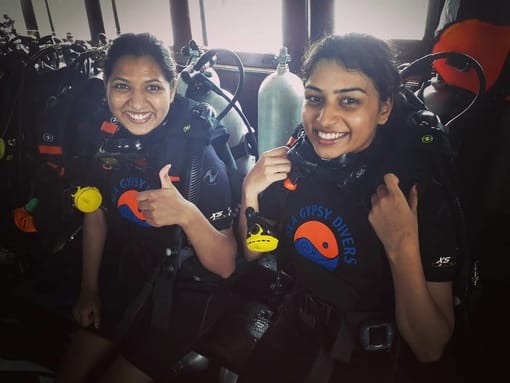 It is something we see all too often in the diving industry. An Instructor is teaching the Open Water Course to a group of students, but one of those students is feeling more nervous about this crazy idea of breathing underwater. Maybe this person is not as comfortable in the water as others, and they struggle with skills like flooding the mask or recovering the regulator. The Instructor sees the other students are progressing quicker, and does not want to hold up the entire group. So instead of taking extra time to work with the nervous student, the Instructor says, “I’m sorry, maybe diving just isn’t for you”. In too many cases the student will actually believe this, giving up on diving and destroying their confidence.

Is it true some people just aren’t meant to be divers? Well, it’s true that you must have certain water skills to meet the standards for certification, such as the ability to swim and float. But let’s say someone possesses those skills, yet has a lot of difficulty completing basic diving exercises. In fact, we see this fairly often, particularly with any skill that involves flooding the mask with water. If it were true that everyone who struggles initially with those skills is not meant to be a diver, then that would exclude a great number of people, including many future dive professionals!

Diving is for Everyone

Some dive professionals unfortunately have the attitude that nervous people just aren’t meant to be divers. We strongly disagree. Anxiety issues are common when first starting out. Some people require a bit more extra time and attention than others in order to get over it. But we have dealt with enough cases to know that it is ALWAYS possible to overcome anxiety to complete the performance requirements for certification.

We have been lucky to have mentors in our path to becoming professional divers who think similarly. They taught us techniques for breaking down skills into their most basic parts. This allows a nervous student to slowly learn step-by-step on the way to successful completion of the skill. Sure it takes a bit longer and requires a bit more effort and patience. However, the reward is tremendous for both you as the nervous diver turned confident, and us as the Instructor that helps you get over that irrational fear. 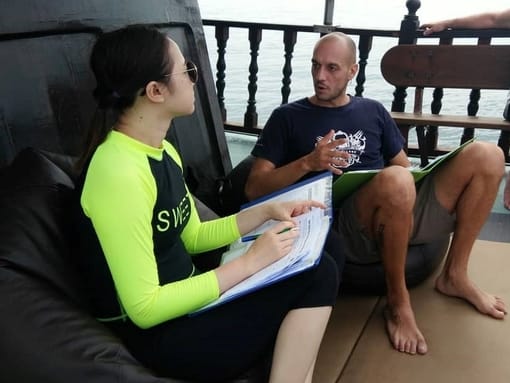 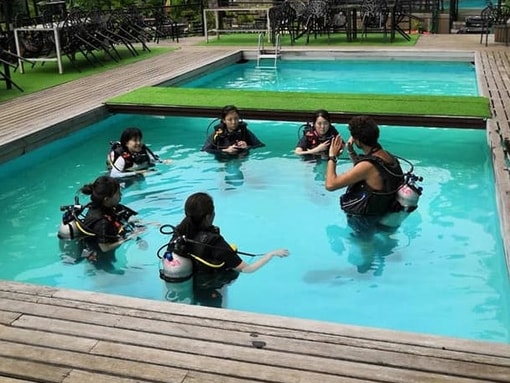 We do stress that when it comes down to it, most fears related to diving are irrational. Broken down into its most basic form, diving is actually a pretty simple activity. Sure, we must always pay attention to safety, and work to perfect our technique. This undoubtedly takes practice. But at the fundamental level, diving is not overly technical.

Also, the equipment is easy to use and designed to be fail safe. In fact, when examined statistically, diving accidents are exceedingly rare, and diving equipment is extremely reliable. But of course the thought of breathing underwater for extended periods of time is enough to unnerve many people. The fear may not be rational, but it can lead to panic situations that may turn a safe activity into a dangerous one.

The key for us is recognizing the panicked tendencies in new divers. Then, we can patiently work with them to slowly remove the panic in a controlled environment. This often means extra time in the swimming pool. Our goal is that by the time you are in the ocean, you can enjoy it without worrying.

We have done this many times in the past with our students. Meggy, our Co-Founder, assisted in one prominent case featured in a BBC Travel Documentary (before we opened Sea Gypsy Divers). You can also read our online reviews to see how many of our students appreciate our patience and clarity when we teach. In our eyes, patience is the best quality any teacher can have. It is a simple fact that everyone learns at a different pace and through different methods.

Still feeling nervous? That’s absolutely fine. Please contact us and let us know a little more about your situation, and we will do everything we can to help you reach the goal of experiencing scuba diving. 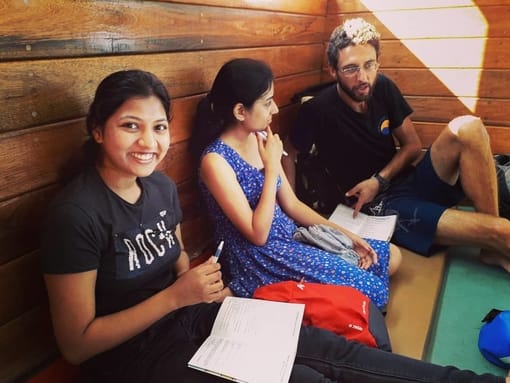